Views from the GoAir G8-196 from Leh (IXL) to Srinagar and G8-190 Srinagar (SXR) - Delhi (DEL) flights by Airbus A320 on Jan the 19th 2015. That was my following air journey from Leh to Delhi and the second in winter but this was the first time I flew via Srinagar. This means that I had the first chance for the bird's view of the Western part of Ladakh. It was a 35 minutes of a fantastic flight between Leh and Srinagar! 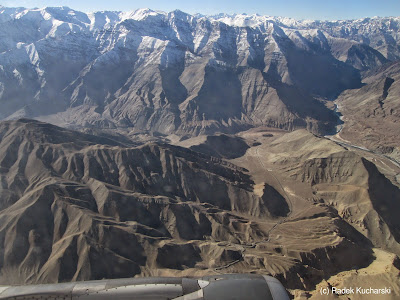 The confluence of the Zanskar and Indusu rivers in the right part of the photo. Zanskar flows from the right. 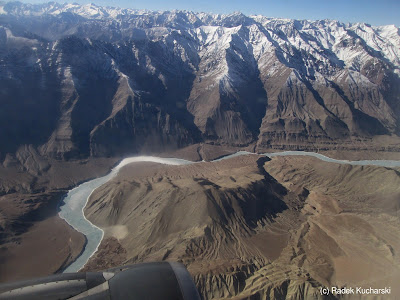 The Indus just above Alchi 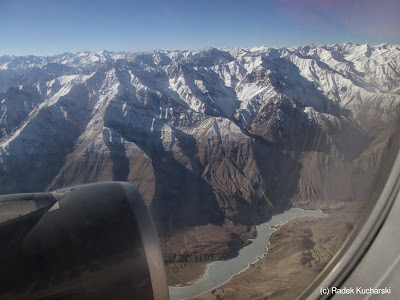 Indus and the Zanskar Mountains. There is Stakspi La roughly in the centre of this picture. The Alchi village with its famous monastery is on the right below. 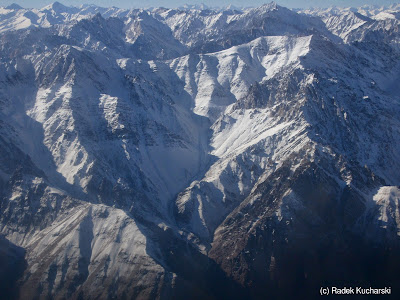 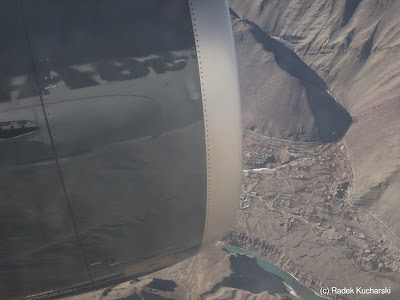 The Alchi village where the monastery with famous paintings is located 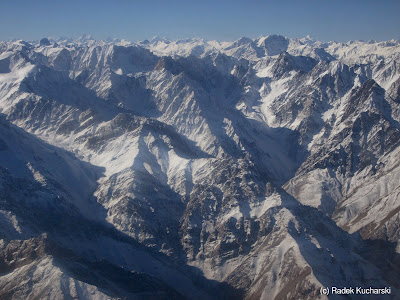 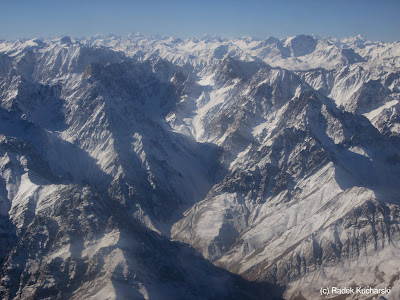 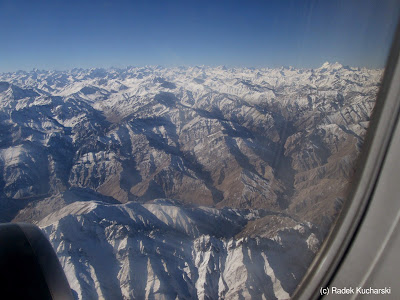 The Himalayas. It is Nun & Kun massive (above 7100 m a.s.l.) on the right in distance, most probably 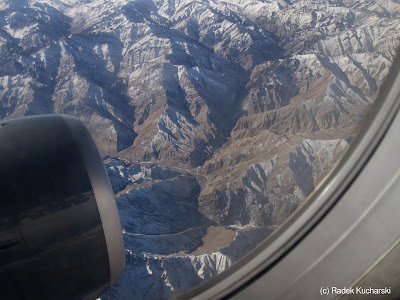 There is the confluence of Shilakong Togpo and the Yapola river in the Wanla village, just in the center of this photo 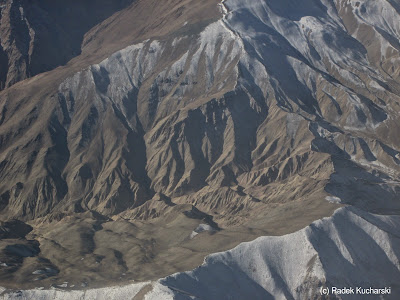 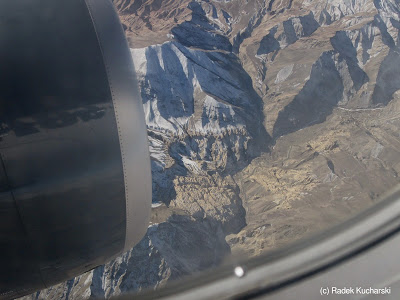 The landscape near to Lamayuru. Compare this photo. 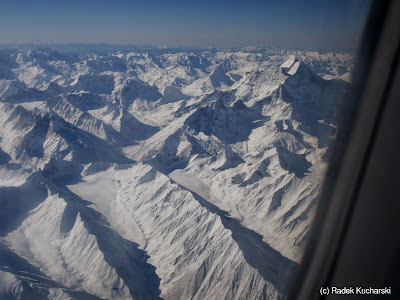 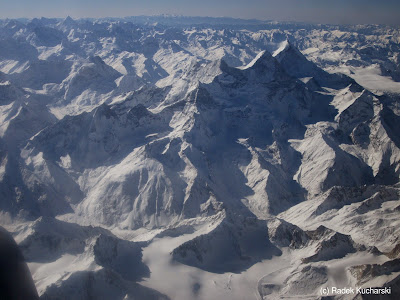 The main ridge of the Great Himalaya Range - the geographical border of Ladakh region. It is over 7000m high mountain massive Nun Kun with its peaks Kun (7077m a.s.l.) & Nun (7135m a.s.l. the one which is farther from the aircraft). 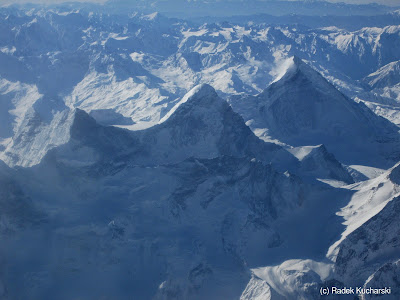 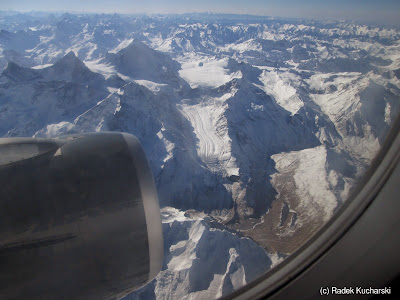 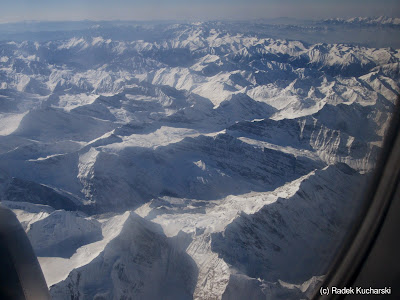 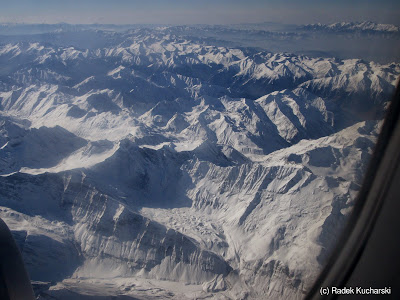 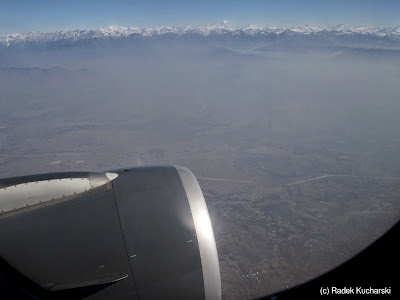 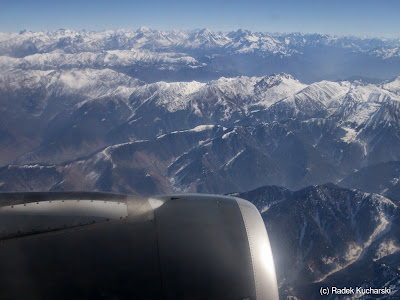 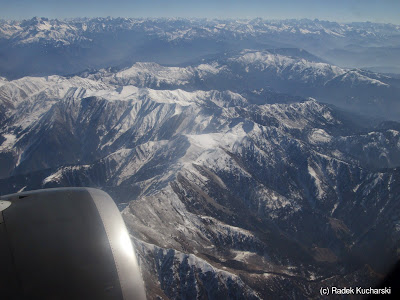 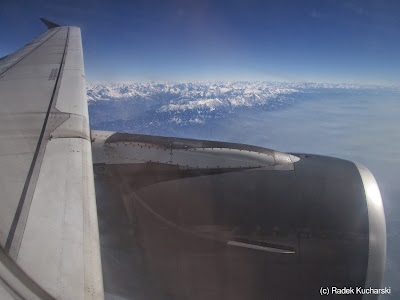 The end of the Himalayas
You may see more photos of my travels in the photoblog on my website. See also my updates on Twitter, my photoblog page on FaceBook and my Ladakh website. For my Ladakh winter experience check my Jan 2014 photos here and earlier photos taken this winter season (2014/2015).