From Zanskar to Central Ladakh by Chadar

I came to Padum over Sengge La and the short walk on the frozen Zanskar river from Lingshed in the beginning of January. To read about it, check my previous post. It is how I got from Zanskar back to Leh below.

The winter trekking season in Ladakh begins around Jan the 10th. The vast majority of the limited number of trekkers who visit the region in winter come here for the famous Chadar Trek) - the trek on the frozen (at least partially) Zanskar river. Groups of tourists are guided by the Zanskari people mainly who use the Chadar in winter from their childhood as the only winter trail linking Zanskar with Leh and the rest of the world.

On the beginning of January groups of the Zanskaris leave for the way to Leh to meet clients and work as guides, porters and cooks. I left Zanskar with such a group of 20 local people including some of my Zanskari friends who I had known earlier. It is not a big adventure for them but just a usual way to work. So, everyone wanted to reach Leh as soon as possible - it was not a sightseeing lazy trek...
We left about 3 am from Padum by car and started to walk before sunrise, before 7 am. We had two major stops on the way - maybe 1h30min rest in total. Crazy speed! We were running where the ice was good! Surprisingly, I was not the last ;) We stopped walking some time past 5 pm on the first day and we walked about 4-5h on the second.
There was not much time for me to photograph or even to look around much but still I had much enjoyment! 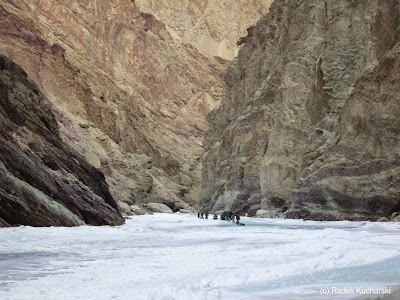 Well frozen section of the river. Somewhere near to Lingshed Do probably. 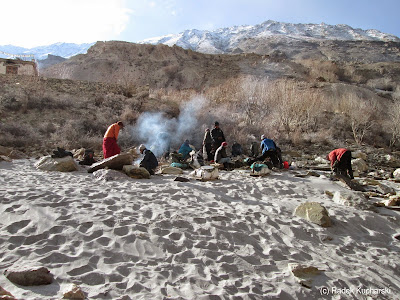 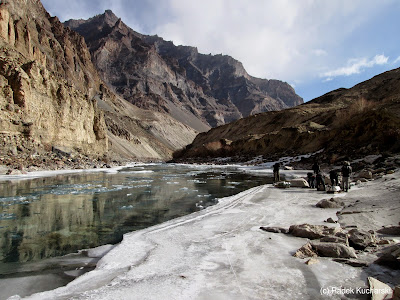 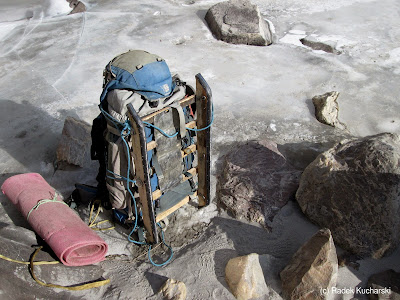 My backpack mounted to the sledge. It is important to attached the luggage in a that it would be easy to lift it and carry it with the sledge in places where there is no ice and one needs to walk on the bank or climb the slopes. Boot nakpo - "black boot". Light, water resistant (and not breathable) boot - a perfect (and cheap) Chadar trekking footwear. It works fine on ice (it almost does not slip - I have fallen a few times only), they are perfect in the water and even quite fine on steep slopes. 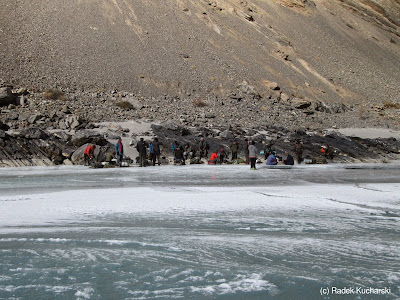 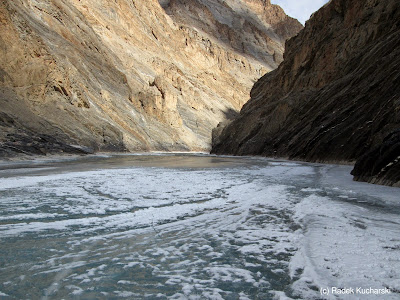 A well frozen section of the Zanskar River 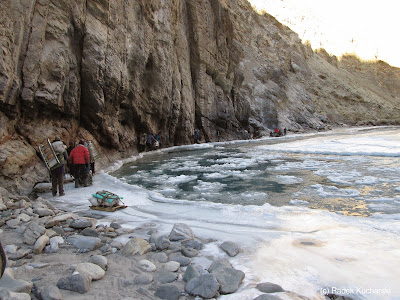 The most dangerous place on our route (if you do not consider quite exposed and steep slopes which we had to climber) - Dip. The only way is on the ice which is no more than one feet wide. The water seemed to be deep in this place. 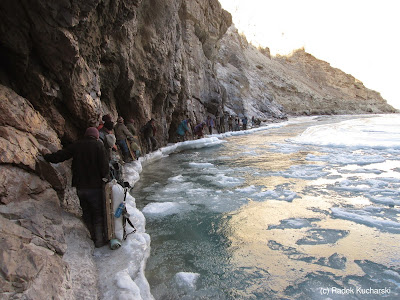 The most dangerous place on our way - Dip 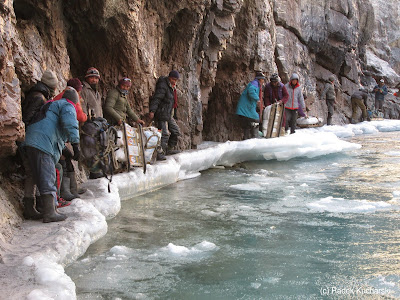 The most dangerous place on our route - Dip. We are passing our luggage. 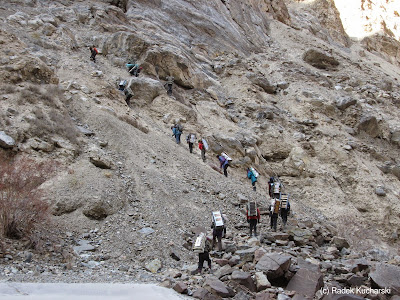 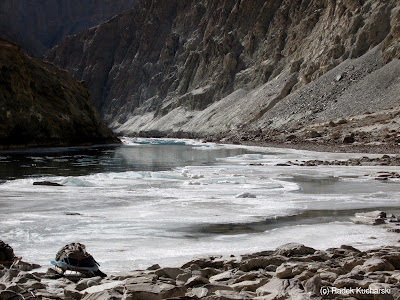 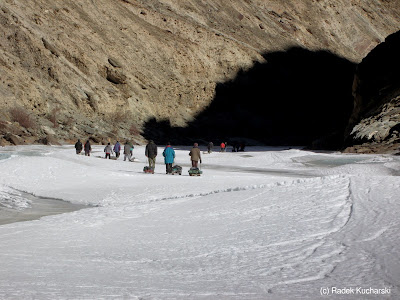 Walking on the solid ice 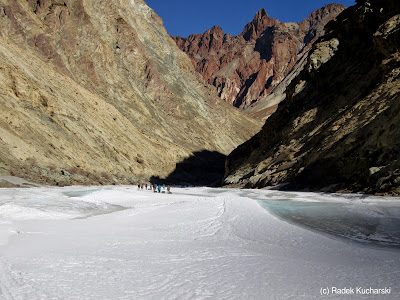 Almost the end of the trek